Eastern Canada boasts a mix of picturesque fishing villages in Nova Scotia, miles of red sandy beaches on Prince Edward Island and major cities such as Halifax, Québec City and Montréal, which also have their charming and historic sides. At the St. Lorenz stream and on the Gaspé peninsula you will find peace and pure nature as a balance.

First-time visitors to Canada often choose the West first. But also in the east there is the endless vastness, breathtaking landscapes and a diverse animal world and the flight is only 3 - 4 hours shorter. Those who land in Montreal should visit the old town and the Mont-Royal-Park with the best view over the city at the beginning or end of the round trip. It is only a 3 hour drive to Quebec City. The lower, easternmost part of the old town is the Basse-Ville with the Place Royale, which is declared as the birthplace of the French Americans. Definitely worth a visit is the Old Town quarter Petit-Champlain, the oldest preserved business district in North America. Here are good restaurants, bistros and galleries. Above the Basse-Ville, surrounded by the old city wall, rises the Haute-Ville, which includes the Town Hall, the Séminaire de Québec with the Latin Quarter, the Ursulinerinnenkloster and the Château Frontenac. In the very south lies the Citadel. After two cities it is time to dive into nature. In Quebec City, it's virtually on your doorstep. At the St. Lorenzstrom and in the Atlantic provinces there is a lot to discover. On the way to Halifax you have to stop at the Bay of Fundy. The most direct route leads through the US state of Maine, where a detour to the Acadia National Park is worthwhile. In Fundy Bay you can observe the world's largest tidal differences of up to 21 metres.

In the province of Nova Scotia, one idyllic fishing village follows another and for those who miss the big city, a stroll on the Halifax Waterfornt Boardwalk, one of the largest boulevards in the world, is recommended. On the three-kilometer-long promenade there are numerous small shops and boutiques - perfect for an extensive shopping day. From the Maritime Museum of the Atlantic to Alexander Keith's Bewery, some of Halifax's best cultural and culinary experiences await you. Before heading to the Gaspé Peninsula, I recommend a short detour to Prince Edward Island. On the beautiful north coast of the province lies Prince Edward Island National Park with picturesque white and red sandy beaches.

There is nothing better than to cool off after a long day of hiking or cycling with a jump in the water. On the circuit around the Gaspé peninsula, which rises into the St-Lorenz stream, there are several special attractions at the tip of the peninsula: Starting with the Forillon National Park, where you can meet moose, deer and black bears on the rugged coast. Then a photo with the famous rock with hole as also a stroll through the contemplative village Percé should not be missing. But most of all I was fascinated by the feathered inhabitants of the island Île Bonaventure that is located in front of me and that can be reached by a short boat trip. On an area of approximately 4 km², one has so far observed approximately 293 bird species that either live there, settled down or are "only passing through". But the actual highlight is a short walk away on the northern side of the island. Already from a distance, one hears the background noise and a strong smell rises into one's nose. More than 50'000 bass gannets live and nest here and teach their offspring how to dive in order to get the best fish. This way, one gets unusually close to the yellow-white seabirds.

Once you have rounded the peninsula, another highlight awaits you at the end of the trip. With a ferry one changes the shore and reaches Tadoussac, one of the best whale observation places of the world. In the estuary of the Saguenay, a Beluga population of about 500 is native. In summer, humpback whales, fin whales and blue whales can be observed. At the coast of the place you find different vantage points for whale watching. A boat trip to the marine mammals completes the journey. 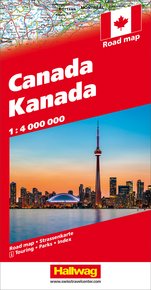 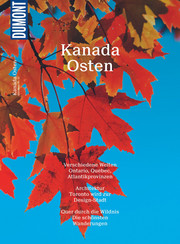 How you get there:
Nonstop With Swiss or Air Transat to Montreal

How you get around:
with camper from www.cu-camper.com or rental car

How long am I supposed to go:
3 weeks