A good starting point for tours in the Rhine-Main area

The lively university and cathedral city of Mainz is located in Rheinhessen, the largest wine-growing region in Germany. Its landmark is the mighty St. Martin Cathedral, which dates largely from the Romanesque period. The beautiful cathedral is considered one of the three imperial cathedrals on the Upper Rhine alongside those in Speyer and Worms. Other Romanesque and Gothic buildings still characterise the cityscape today, and the magnificent Electoral Palace on the Rhine dates from the Renaissance. It is also home to the Roman-Germanic Central Museum, which is well worth a visit. After all, Mainz was part of the Imperium Romanum for 500 years.

Motorhome enthusiasts will find a recommended motorhome site (Dr.-Martin-Luther-King-Weg 21) right next to the old Mainz 05 football stadium. It accommodates 56 mobile homes and is conveniently located. From here you can easily explore the city by bus, which stops right on the spot. It is about 1.5 kilometres on foot to the city centre. The historical core was heavily destroyed during both the Thirty Years' War and the Second World War. Only around the cathedral there is still some old town flair. In front of the cathedral stands the Gutenberg monument, the city's most famous son, who invented the art of printing. Mainz is at least as famous for its street and hall carnival. After all, Mainz with Cologne and Düsseldorf is one of the strongholds of the Rhineland carnival. The spectacle reaches its climax with the kilometer-long Rose Monday procession.

The landscape around Mainz is dominated by extensive vineyards in gentle hilly countryside. Innumerable wine taverns and wine-growing estates invite you to a rustic retreat. Mainz is also well suited for exploring the cities in the Rhine-Main region. On the opposite side of the Rhine is Wiesbaden, the Hessian state capital, and the banking metropolis of Frankfurt is also within easy reach. 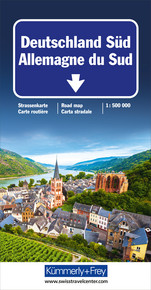 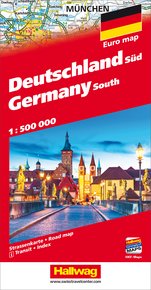 Another tip:
There are numerous good motorhome parking spaces in the Rhine-Hessian region. We recommend the motorhome park in Bingen, Metzis Panoramablick in Ockenheim, the parking lot in Gau-Algesheim or the one at the Gehring vineyard in Nierstein.