Tel Aviv is the trendiest metropolis on the Mediterranean - thanks to top gastronomy, 14 kilometres of white sandy beaches and the legendary nightlife in a city that never sleeps. The city's cultural influences over the course of its history have made it a city of contrasts: Stone buildings thousands of years old in the old town of Jaffa, the chic houses of the White City, modern skyscrapers and hotels along the beach front as well as the flourishing Florentin artists' quarter.

People pray in Jerusalem and work in Haifa. And in Tel Aviv? That's where people live - say the Israelis. In Israel's most tolerant metropolis, people enjoy a sense of normality despite open conflicts in neighboring countries and celebrate it with arrogance. This city is a collection of lived dreams and you don't feel the hunger for life in any other place as much as here in this city by the sea.

Once it snowed in Tel Aviv, that was in 1950. Never again since. Even in winter, you need sunglasses. In summer it practically never rains for six months. The first 66 families called the city "Spring Hills" 102 years ago. Today 390,000 people live here. If you add the suburbs, you get two million.

Tel Aviv, which is spoiled with 3440 sunshine hours per year, meets on the beach: whether for surfing, a lesson in Pilates or Matkot, the popular beach tennis with wooden clubs and black rubber ball. In summer, seniors meet early in the morning at Gordon Beach for gymnastics. Further south, immigrants from Russia plunge into the Mediterranean. On Fridays, when the Sabbath begins at sunset, hippies drum on bongos and smoke their smokes for the weekend. And in the north, at the foot of the newly established Independence Park, a stretch of beach is only open to ultra-orthodox people. They come from all parts of the country to the most unreligious city in Israel. The men get rid of their black hats and coats and go swimming with their sons. Gays, lesbians and large families sunbathe next door on Hilton Beach. Tel Aviv is committed to being gay-friendly, which is why the annual Gay Pride Parade is celebrated with pride.

Of course, there is not only beach in Tel Aviv; but something historically important like the Wailing Wall or a Dome of the Rock is not to be found. But one can visit the residence of the state founder David Ben-Gurion. Or stroll along Rothschild Boulevard, perhaps the city's most expensive street, and marvel at the impressive facades.

The old town of Jaffa in the south of Tel Aviv forms the contrast to this. The millennia-old city has been restored in the meantime. Since then, stained glass windows have shone in new splendour and tell of Jaffa's moving history. A good starting point for your tour is the Clock Tower or simply follow the beach promenade. Stroll through the alleys, discover small galleries and watch the hustle and bustle of Jaffa's harbour. A Wishing Bridge, where you can express your wishes, will take you to a park on a hill. From here you have a great view of the city.

Tel Aviv's main attractions include a dynamic restaurant and club scene that attracts restaurateurs and partygoers from all over the world. Local restaurants open on a weekly basis. The latest trend in the land of hummus and falafel: vegan restaurants. But fish and meat lovers can also choose from a huge selection. For the ultimate oriental taste experience, visit The Old Man and the Sea in Jaffa Harbour. Before you order at all, about 20 bowls with all kinds of starters, vegetables, hummus, salad and pita bread are put on the table and immediately refilled as soon as a bowl is even half empty. Nowhere does the Orient taste better than here.

Speaking of the Orient - you can also feel it in the crowd on the Carmel Market, a perfect place to buy oriental spices, fruit, vegetables, cheese and other food or jewellery and crafts.

The artists' quarter Florentin is regarded as the scene place and backpacker magnet par excellence. Since the 90s creative people have turned abandoned houses and old garages into their canvases, on which they artistically let off steam and express their personality, fears and dreams with colourful graffiti.

And when the sun sinks into the sea in the evening, the city really comes to life. The choice of nightlife is so wide that every evening in a different club or bar you can turn night into day and experience Tel Aviv's light-heartedness. 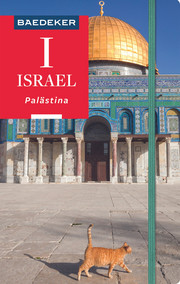 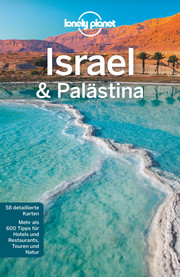 How you get there:
Nonstop from Zurich with SWISS

How to get around:
on foot or by bike

Gastro tip:
Baba Yaga or The Old Man and the Sea

How long should I go there:
3 - 4 days, combine with round trip Israel or trips