Western Canada – From Calgary to Vancouver

Western Canada is one of the most popular destinations in the world. Not only the Olympic cities of Vancouver and Calgary, the national parks of Banff and Jasper and the numerous charming ski resorts such as Whistler and Lake Louise speak for a trip to Canada in the provinces of Alberta and British Columbia; it is rather the natural wonders along the route such as the Peyto Lake, a glims with a grizzly bear or a sighting of orcas of Vancouver Island.

After arriving at the international airport in Calgary, it is worth spending at least one night in the city. Calgary is a multicultural city, here over 120 languages are spoken, there are great shopping districts as for instance on the 17th Avenue, good restaurants and enough sightseeings to spend also several days in the Olympic city of 1988: Visit the Glenbow Museum, where art lovers and pop culture fans will get their money's worth, or the Calgary Tower with 191m height, West Canada's highest viewing platform with glass floor. In July, the ten-day Calgary Stampede takes place every year. The largest rodeo event in the world attracts over a million visitors each year. International cowboys compete in the rodeo, covered wagon races take place and with many musical events the Stampede is the annual highlight for locals and tourists.

After taking over a camper or a rental car we head west. If one drives out of the city, the nature practically starts around the corner. After a good hour by car, one reaches Banff, where it is worth spending the night. My recommendation: the beautifully situated Two Jack Lakeside Campground. From here, it is also possible to do a hike to the Hoodoos. Information boards explain the origin of the earth columns.

We continue on the Bow Valley Parkway to Lake Louise - the visit of the legendary Parkhotel at the deep blue lake of the same name is a must. If you want to escape the tourist crowds, a hike to Lake Agnes is worthwhile. Enjoy a glass of glacier water tea at Tea House before returning.

The Icefields Parkway is definitely one of Western Canada's highlights. Although it's only 233 kilometres, there are an incredible number of worthwhile stops, such as the fabulous turquoise Peyto Lake. With a bit of luck you might spot some black or grizzly bears right next to the road. At the Athabasca Falls I recommend the drive on Highway 93a, after a few kilometers there is a parking lot on the left side with picnic places at Leach Lake - one of my favorite places in Western Canada.

If you get up early in Jasper and set off for Maligne Lake, you might see some lucky grazing elk deer, an elk or even a grizzly bear. In Jasper it's worth a detour to the Miette Hot Springs and a jump into the warm thermal water in front of a breathtaking mountain scenery.

On the way to Vancouver, it is advisable to take the Sea-to-Sky Highway. A scenic drive where a next stop could be in Whistler. Picturesque hiking and mountain biking trails offer plenty of opportunities for exercise.

From here it is not far to the next highlight: Vancouver. The perfect start to explore the 2010 Olympic city is a sumptuous breakfast in Templeton before heading south to the Vancouver Art Gallery. Next is a window stroll on Robson Street and a walk to the shore with stunning panoramic views of the Pacific and mountains. Continue along Coal Harbour to Stanley Park with its mighty trees and cute raccoons. In the afternoon I recommend a stop at the beach and the totem poles as well as a visit to the Vancouver Aquarium.

The short ferry trip over to Vancouver Island is highly recommended. On the way to Telegraph Cove in the very north of the 500km long island it is worth a detour to Tofino. Halfway there is the Park Cathedral Grove and its spectacular Giant Trees, some of the oldest trees in British Columbia, including centuries-old Douglas firs with a trunk diameter of more than 3 metres. One can try to embrace such a giant...

In Tofino, the nearby Pacific Rim National Park lures with dramatic, wave-whipped beaches and pristine rainforests that often lie in the fog. For those who are not afraid of the cold Pacific, a stand-up paddling tour or a surf course is recommended.

Arrived in the very north of the whale capital Telegraph Cove, one gets very close to the whales on a boat trip. The region is one of the best places to spot orcas. If you haven't been lucky with a bear yet, you can book a full day trip from here to the surrounding estuaries, where you can almost always observe grizzlies.
A nice end to the trip could end in Victoria, where you'll find colourfully painted bohemian shops, coffee bars and innovative restaurants 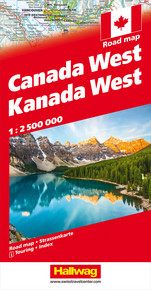 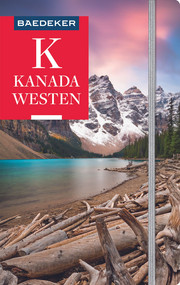 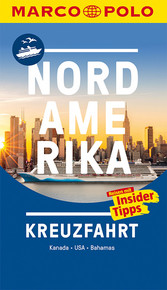 How you get there:
Non-stop from Zurich with www.flyedelweiss.com

Rent a camper:
at www.besttimerv.com