Speeding towards the sun between the world metropolises of San Francisco and Los Angeles and discovering hidden beaches, lighthouses and picnic spots along the way - that's what the legendary Highway No. 01 promises, with its countless curves for a lot of driving fun. Everywhere you go, you can stop at the side of the road to enjoy the spectacular view of the sea or take a closer look at the sights: on the beach promenade of Santa Cruz you can experience a fast roller coaster ride, in Monterey you can visit the best aquarium in California, the Big Sur area entices you with lots of nature and in San Simeon you can marvel at a castle and elephant seals. When it starts to get dark, there are plenty of rustic pubs and wooden piers along the way to satisfy your hunger and watch the sun set over the vast horizon of the Pacific.

Get out of the congested maze of freeways and shift down a gear! California's 1600 km coastal highway takes you along dizzying sea cliffs, over famous bridges, through ancient redwood forests and past historic lighthouses and quaint beach towns. For the centrepiece - the 750 km from San Francisco to Los Angeles - you theoretically need eight hours. To get something out of the exhilarating road trip, it should be at least three nights, ideally a week if you want to take the time to see all the places worth seeing. The coastal road was opened in 1934 after 15 years of construction and has not lost its charm to this day. Important: Don't set off without a full photo memory and suitable music. My recommendation: Best of Selection by the Beach Boys or the Mamas and Papas and their mega hit California Dreamin'. Let's go!

After visiting the cosmopolitan city of San Francisco, head south on one of the most beautiful roads in the world - the legendary Highway No 1. If possible, drive Pacific Coast Highway 1 from north to south - on the side of the Pacific Ocean and the parking bays. Stopping at the many smaller viewpoints is more problematic from the other side of the road, especially for motorhomes. A first stop is the surfing metropolis of Santa Cruz. Here it's fun to just stroll around, shop and watch the people on Pacific Avenue. The beach and the Municipal Wharf can be reached on foot in 15 minutes. Here, seafood restaurants, souvenir shops and barking sea lions vie for attention. The Boardwalk, the oldest beach amusement park on the west coast, smells of salty air, candyfloss and adrenaline. Dare to take a spin on the legendary wooden roller coaster Giant Dipper or more leisurely on the Looff carousel. If you want to learn how to surf - with the award-winning Richard Schmidt surf school, you'll learn the American water sport in no time. Before you even reach the Monterey Peninsula, it's worth stopping off at Elkhorn Slough, a swamp-like canal system where you can get amazingly close to cute sea otters and countless seals by boat trip or kayak.

The tourist hype is concentrated in the historic town of Monterey. It is quieter along the Monterey Peninsula: in charming Pacific Grove, the artists' colony Carmel by the Sea, in Pebble Beach with its millionaires' houses, world-famous golf courses and the 17-Mile Drive, or while hiking in Point Lobos State Reserve above the rugged cliffs. You should definitely plan two days in this corner before continuing on to Big Sur. If you plan to stay overnight in Monterey, I can only recommend moving a little further to the adjacent Pacific Grove - a tranquil place on a wildly romantic coast in a spectacular location: at the tip of the broad, forested peninsula of Monterey Bay with a panoramic view of the Pacific. In spring, the sea figs bloom here, transforming the coast into a pink sea of blossoms, most beautiful on the Recreation Trail, the local coastal path around Lovers Point. Pacific Grove is also famous for a special event: the monarch butterflies have chosen this place for their hibernation, which they leave again in late winter with a natural spectacle. The Point Pinos Historic Lighthouse is also worth seeing. It is the oldest continuously operating lighthouse on the West Coast, which has been sending out its luminous warning to sailors and fishermen every night since 1855.

Monterey and its Cannery Row, named after John Steinbeck's world-famous novel "Street of Oil Sardines", still live on its fame today. Old Fisherman's Wharf is a tourist magnet with its tourist eateries and piers. The Monterey Bay Aquarium is the worthwhile destination here, one of the best of its kind in the USA. With various shows and feedings, it is worth spending at least half a day there. Instead of taking the overrated 17-mile drive, which is subject to a fee, the coastline can be hiked for free from Pacific Grove - it couldn't be more beautiful and romantic.  For kilometres, the footpath leads around the peninsula along the picturesque coast, via the Asilomar Coast Trail to the 17-Mile Drive to Cypress Point.

After a night or two at the pretty Jabberwock Inn, it's on to neighbouring Carmel. The charming artists' colony with ex-mayor Clint Eastwood is a magnet for visitors. Painters and poets left their mark on the place, which today is home to small chic galleries, boutiques and restaurants. Advertising posters, neon lights and fast food chains are banned from here. The location on the bay with a beautiful white sandy beach and weathered cypress trees is captivating. Nearby Point Lobos State Reserve offers beautiful coastal hiking, and since there are few direct coastal hiking opportunities later south on the Pacific Coast Highway, you should do it here. The nature reserve is located on a rocky peninsula on a rugged coastline with offshore islands, small bays with secluded beaches, and is an oasis for sea lions, sea otters and numerous seabirds such as pelicans or cormorants.

The next stop is the unique Bixby Bridge, an impressive Art Deco structure and popular photo motif at Big Sur. As one of the highest single arch bridges in the world (86 m high - 231 m long), it is also an engineering feat and connects the two headlands in a curve. Built in 1932 of reinforced concrete, it has the advantage of not rusting, unlike the Golden Gate Bridge, which requires tons of red rust-proofing paint every year. The next obligatory stop is the Nepenthe Restaurant with Cafe Kevah, from whose terraces you can look out over forests to the wide blue. No one will miss the Julia Pfeiffer Burns State Park - the parked cars and pedestrians are impossible to miss. It's hard to believe, but right next to the highway you almost think you're at a Caribbean bay with a cascading waterfall pouring into the sea - a picturesque setting, if it weren't for the hundreds of other spectators on the viewing path above the bay. Unfortunately, the beach is no longer accessible; as a consolation, you at least have an unobstructed view of the McWay waterfall.

Before you see them, you smell them. In Piedras Blancas, just before San Simeon, a huge colony of 17,000 elephant seals has settled on the beach, with the thickest colossi up to 6.5 metres and 3.5 tonnes. Along the Elephant Seal Boardwalk you can observe the impressive animals at close range - and occasionally have to hold your breath. They lie on the beach like sardines. Sluggishly grunting, they squeeze into a more comfortable position or occasionally throw cooling sand on themselves.

Not far from the elephant seal colony, media mogul William Randolph Hearst has created his paradise on earth on 'Enchanted Hill'. The estate is open to the public. The main house Casa Grande, which resembles a Spanish cathedral, towers with 115 rooms. The imposing Neptune pool made of green and white marble with a temple façade had to be rebuilt three times until it was liked, and the indoor pool glitters with over a million golden and blue Murano tiles. Furthermore, a tennis court, a cinema hall and an airstrip had to be built - and for the entertainment of the illustrious guests, the largest private zoo in the world with lions, elephants and giraffes. Zebras can still be seen grazing on the estate as you drive up. Mediterranean cottages accommodated the invited celebrity guests such as Charly Chaplin, Winston Churchill, Greta Gabo or Charles Lindbergh.

In Santa Barbara, also known as the American Riviera, you can understand why the big city dwellers from L.A. like to relax here on weekends: Perfect weather, attractive architecture and bars plus activities for every taste or budget. Santa Barbara offers a high quality of life and is a must-see on the way to Los Angeles. A must-see is the Spanish mission station, founded in 1786 as the tenth station on Californian soil. The church impresses with great art by the indigenous Chumash, who settled here before the mission. Another destination in the vicinity could be a visit to a winery. On a half-day excursion to the Santa Ynez Valley, for example, you have the opportunity to visit a winery and taste one or two fine wines.

Now it's only a stone's throw to the Southern Californian megacity of L.A.. But before that, it is worth taking a short detour to Santa Monica, where around 6000 palm trees adorn Ocean Boulevard alone. Slim and graceful, they tower up to 50 metres into the blue sky and symbolise the lightness of the Californian climate, just like the ride in a gondola in the solar-powered Ferris wheel on the wide beach. Up here in the airy heights and with a view of the Pacific Ocean, you reminisce and review the experiences of the last few days. 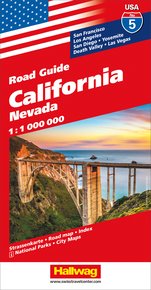 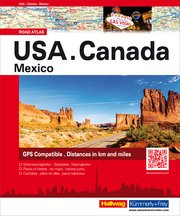 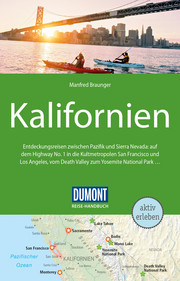 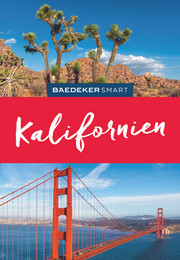 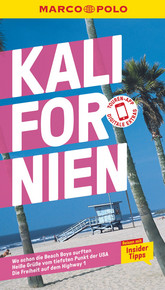 How you get there:
Nonstop with Swiss to San Francisco and on with rental car.