Riga – Pearl of the Baltic States

Latvia has an eventful history. The Teutonic Order, the Kingdom of Sweden, the Russian Tsarist Empire, a short independence. Then the Soviets, the National Socialists and again the Soviets. They all left their mark on the capital Riga before Latvia finally gained independence in 1990. The old buildings still bear witness to past gloomy times, but the people live in the present and now, bursting with self-confidence and joie de vivre. Riga is big, at least by Baltic standards. With almost 800,000 inhabitants, it is the largest capital and only metropolis in the Baltic States and is a UNESCO World Heritage Site. Just one day to experience the city? No problem. Riga is very easy to walk through and you can pass all the sights on your own.

The perfect day in Riga starts at one of the biggest markets in Europe, the Riga Central Market. It is located right behind the train station in five former Zeppelin halls. We mainly offer regional products - half pigs, whole fish, fruit, vegetables, spices, and a sea of flowers. There is almost everything. It is not far from the central market to the historic old town. The small cobblestone streets with the many old houses look extremely picturesque and give Riga its character. One of the central squares in the old town is the Rathausplatz with the Schwarzhäupterhaus, once the seat of the guild of unmarried merchants. The red brick façade with the astronomical clock is beautifully and elaborately decorated. No wonder that it is one of the most popular photo motives, also for me. Not far away is Riga's highest church - the Gothic St. Peter's Church, from whose viewing platform the view of the whole of Riga is simply magnificent.

The oldest houses of the Latvian capital are located in the street M. Pils and nestle close together. The "3 brothers" date from the 15th, 16th and 17th centuries. According to legend, they were actually built by one and the same family.

Livenplatz is one of the most beautiful squares in Riga. Flower beds, open-air cafés and street musicians create a good atmosphere. Small stalls sell typical Latvian souvenirs: Amber and knitwear such as the famous mittens, which are pointed at the front of the fingers and knitted with a typical pattern. Also known as souvenirs are Laima chocolate and oat biscuits with hazelnuts, both tasty and can be bought in any supermarket. An even larger selection of the famous Latvian chocolate can be found directly in the Laima shop - not far from the Freedom Monument, which rises 43 metres high and symbolizes Latvia's independence and freedom.

After so much sightseeing, your stomach is sure to get a boost. There are nice cafés, bistros and restaurants everywhere. In the Pelmeni XL you will find the Riga famous filled dumplings with sour cream.

Well strengthened, we then make our way to the other Riga. The old Hanseatic city does not only know brick Gothic, it is also known as an Art Nouveau metropolis. A good third of Riga's city centre consists of Art Nouveau buildings. The most beautiful and magnificent can be found in the streets of Elizabetes and Alberta. They are richly decorated and extensively renovated. How about a cup of coffee on the way back to the old town? Coffee fans will undoubtedly get their money's worth in the Latvian capital. The "Rocket Bean Roastery" roasts its own beans and attaches great importance to high-quality coffee. The baristas are nice, the shop is super cool, and there are also cakes - such as Medus, a Russian-lettish layered honey cake.

By the way, Riga is also nice to travel with children. The city is manageable, the distances are short. Besides all the sights there are many parks where the kids can let off steam. A park with playgrounds and boat hire borders directly on the old town. The Hop on/Hop off buses are also available in Riga. Children up to the age of 12 can even travel free of charge. If that's not enough for you, you also have a huge selection of museums and the Riga Zoo.

Finally, the evening can be rounded off with a nice meal and a great view of the Daugava River. Riga is known as a cultural and party metropolis. Theatre and music lovers, night owls and dancing mice are in the right place here. But for me it's over.

In the hotel I treat myself to a typical Latvian beer, Mezpils Alus and then off to bed. Tomorrow the beach is tempting - only 25 km outside the city there is sand and sea. In the health resort Jürmala there is not only a 26 km long white sandy beach, but also fresh sea air, medicinal mud baths and pine forests, where you can relax in many ways. 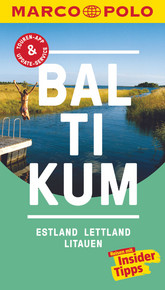 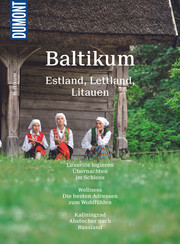 How you get there:
From Zurich non-stop with Air Baltic

How long should I go:
Weekend