Brandenburg Gate, Currywurst and the ramnents of the Berlin Wall

Berlin is one of the trendiest cities in Europe. The German capital looks back on a turbulent history since its foundation in the 12th century and has developed into an extraordinary metropolis in which creativity, technology and culture merge in a unique way. The city, which was reunited in 1990, has no shortage of impressive sights. Alexanderplatz is home to architecture from the former communist GDR. The history of the Reichstag building, built in the 19th century, dates back to the imperial era.

Start your perfect day on one of Berlin's most famous squares. Alexanderplatz, affectionately called "Alex" by Berliners, is one of the city's largest public squares and is located in the heart of the eastern part of Berlin, surrounded by shopping malls and shops, and is an important hub for public transport. Sit on a park bench at the Fountain of International Friendship and let the remains of the socialist-urban aesthetics take their toll on you - including landmarks such as the 365 meter high TV tower and the Urania World Time Clock from 1969. The hotels at Alexanderplatz are, in my opinion, perfectly located for a city trip in Berlin, including a subway station with which you can quickly get to all corners of the city.

So also to the Brandenburger Tor, an absolute must. The historic monument, which stands for unity and peace, is probably the city's most important landmark. The neoclassical building from the 18th century is closely interwoven with the eventful history of Berlin. On New Year's Eve, around 1 million people celebrate the New Year here every year. If you want to avoid the biggest crowds, the Brandenburg Gate is best visited in the early hours of the morning.

Directly south of the Brandenburg Gate is the Holocaust Memorial, officially also known as the "Memorial to the Murdered Jews of Europe" - a place to commemorate the victims of the Holocaust and learn more about this terrible crime of the 20th century. It is a formative experience to walk between the 2711 concrete columns in memory of the Holocaust. Beneath the memorial there is a museum that brings the past closer to the visitor in an informative and moving way.

The Reichstag, built at the end of the 19th century, is one of the most historic buildings in Berlin. It is located just north of the Brandenburg Gate and was converted in the 90s to a large glass dome from which a breathtaking 360° view over the whole of Berlin can be enjoyed. Those who don't want to wait in line should book in advance. Audio guides provide information in different languages about the history of the place and the interesting sights that can be seen from the dome.

The tour continues to the Museum Island, the northern part of the Spree Island and a collection of five first-class museums in the middle of the city centre. The museum complex is a UNESCO World Heritage Site and takes its visitors on a journey through history. Among the fascinating exhibits are the Pergamon Altar and the Ishtar Gate of Babylon in the Pergamon Museum as well as the impressive bust of Nefertiti in the Neues Museum. With the 3-day pass you can visit all museums in peace and quiet.

Hunger! The Currywurst is one of the most popular fast food dishes at all and you can get it at almost every corner in Berlin. The original Currywurst was invented in Berlin in 1949. Konnopke's snack and Curry 36 are among the most famous places where you can get the real Berlin Currywurst. In the Schützenstrasse not far from Checkpoint Charlie there is even a museum dedicated to their history.

Speaking of Checkpoint Charlie: Here the former border crossing reminds us of the Cold War and the divided Berlin. The barrier and control barrack, flag and sandbags are modeled on the original scene - and a popular photo motif. No wonder that Checkpoint Charlie is one of Berlin's most important sights.

And not far away you can visit original pieces of the Berlin Wall. 30 years after the Peaceful Revolution that brought it down, and almost 60 years after it was built on August 13, 1961, there is almost nothing left of it. If you would like to learn more about the history of the Wall - on the site of the memorial in Bernauer Strasse is the last piece of the Berlin Wall, which has been preserved in its depth and gives an impression of the construction of the border fortifications at the end of the 1980s.

Want to go shopping? The Kurfürstendamm extends over 4 km from the Concrete Cadillacs Monument in the west to the Kaiser Wilhelm Memorial Church in the east. In the shade of the plane trees you can stroll comfortably past the numerous boutiques, restaurants, car dealerships and cafés. Here you will also find the KaDeWe, one of Berlin's largest department stores.

For dinner I recommend the district Prenzlauer Berg, where the oldest water tower of Berlin is located. In this quarter there is a lively gastronomic scene with a wide culinary offer. In the Gugelhof, an old-established restaurant, Alsatian and South German dishes are served. If you like fondue and wine, you should stop by the Ars Vini. There is an impressive selection of fondue's - even as a dessert variant.

Prenzlauer Berg is also great for going out in the evening. In the streets north of Kollwitzplatz there are plenty of opportunities to quench your thirst. If you fancy a beer tasting, the Monterey Bar is the place to be with an incredible selection of 250 German and international beers. If you are looking for a hip location, you might like the living room. The cool bar impresses with its flea market look. The Badfish Bar is furnished in the old school style of a New York bar. Whisky, craft beer and friendly staff ensure a good atmosphere and a successful evening. 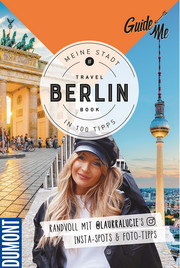 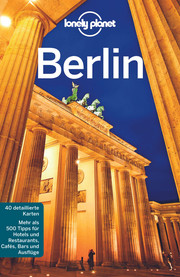 How you get there:
From Basel in 7 hours by train (Deutsche Bahn)

How long should I go:
Long weekend