There is hardly any place in the Caucasus that is more exciting than Baku. However, most tourists have not yet discovered the capital of Azerbaijan for themselves. But this modern metropolis on the Caspian Sea offers a fascinating mixture of rich tradition and western lifestyle.

Start your adventure in Baku in the old town. It is like a journey back in time to a world long gone: behind meter-thick walls, a piece of old Baku has been preserved despite the demolition and construction frenzy. Itscheri Schecher (Old Town) is the name of the labyrinth of winding alleys, charming houses and the palace of the Shirvanshah dynasty, which sits on a hill in the middle of the city centre above the Caspian Sea. Not only tourists but also local taxi drivers get lost in the steeply rising cobblestone streets. Since the year 2000, the old town has been a UNESCO World Heritage Site. Although the Azerbaijani love their cars, Itscheri Schecher is one of the few places in the city where traffic has been regulated. Only 450 cars are allowed to be in the district bounded by a city wall at the same time. Once this number is reached, it is time to wait. Undisturbed by exhaust fumes and noise, the exploration tour through the old town thus leads to architectural monuments, small shops selling traditional handicrafts and the symbol of the old town, the Jungfrauenturm. Legend has it that a beautiful maiden once threw herself from the tower after her lover drowned.

Only a few meters from the old town, the Bulvar and the Caspian Sea attract visitors. The warm water does not invite you to take a bath. It is too polluted by oil. On the other hand, it is already tempting to stroll: along the bay of Baku, a beach promenade was already built at the beginning of the 20th century, which has been extended in recent years. Small parks and cafés line the Bulvar, past the government palace "Dom Soviet", which was built during Soviet times by German forced laborers, to the carpet museum, which looks like a curled up runner. A kind of fairytale place in museum form, which shows the carpet culture of Azerbaijan through the centuries. Here you can see carpets, jewelry, traditional clothing and many other crafts that represent the Azerbaijani culture.

"Expect the unexpected" is the name of the alternative city map published by the human rights organization Human Rights Watch. It shows not only the sights of the booming city of Baku, but also the places where people have been arrested or where houses have been forcibly evicted in recent years. The authoritarian-led country is unfortunately still under criticism for its human rights violations and disregard for press freedom. To get a comprehensive picture of the city, a visit to the suburbs is definitely recommended. For example, an excursion to Yanar Dag is recommended. Azerbaijan also calls itself the land of fire. At the mountain Yanar Dag it becomes clear why. It has been permanently in flames for over 1000 years. From the earth's surface gases escape from the natural gas deposits below. Flames up to three meters high flicker along the limestone hill and ignite a unique natural spectacle - especially impressive at dusk.

Azerbaijan is currently experiencing its second oil boom. The first one was more than 100 years ago. At the end of the 19th century, the discovery of the rich oil deposits washed vast amounts of money into the city. Influential Western families such as the Rothschilds and the Nobel brothers settled in Baku in order to use their know-how to modernise pipelines, oil tankers and refineries. They were the first oil barons to have magnificent villas built in the city. Many of them have now been lovingly restored and converted into museums. Most impressive is the villa of the Nobel brothers in the middle of a magnificent park. It bears witness to the unimaginable wealth of the times when Baku was the first oil capital of the world.

Although the city centre and the Bulvar Nobel boutique are next to Nobel boutiques, Baku is not a real shopping paradise. Compared to Switzerland, imported goods are sometimes twice as expensive. The shopping spree must therefore be limited to local products such as carpets and crystal goods, which can be found in large numbers in the small shops in the old town.

When the sun goes down in Baku, the city centre turns into a sparkling sea of lights. Azerbaijanis love colourful lights and lots of bling bling. The pedestrian zone around the fountain square is illuminated by oversized candelabras. The mania for lighting is literally taken to extremes at the 175-metre-high television tower, which, like the Empire State Building in New York, is illuminated by colourful spotlights - for a change, also in the colours of the nation. The highlight, however, is the animated facade of the so-called Flame Towers. Three high-rise office buildings with glass facades, which are considered to be Baku's new landmark. At night they turn into a kind of giant screen on which animations can be seen. Flames seem to flicker along the façade like a big barbecue fire. A grandiose spectacle that can best be admired from the Bulvar promenade. The nightlife in Baku takes place on the streets in summer. Many locals dress up and wander through the city centre until late at night, enjoying the colourful lights. Alcohol is usually not drunk in this predominantly Muslim country. But there is no ban; beer, wine and spirits are served everywhere. Those who want to listen to typical Azerbaijani music should go to a mugam club. The traditional music style is a precursor of jazz. There are also a large number of pubs spread around the city centre - you are sure to find your favourite shisha bar. 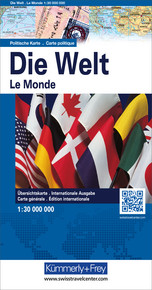 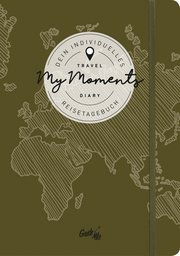 That'll get you there:
via Frankfurt or Istanbul to Baku

How long am I supposed to go:
a long weekend in connection with a trip to the Caucasus