Active holidays
on the west coast of Denmark

The North Sea coast of Denmark offers vast allowing seaskapes. The seemingly endless beaches from the southern tip of the Skallingen peninsula around Denmark's westernmost point to the Holmsland Klit spit and high to the north are the region's most important features. Service, culture and the Danish way of life are all in evidence in small towns, especially Esbjerg, Varde and Ringkøbing.

Like many travellers to Denmark, I have chosen a cosy holiday home in the dunes. The narrow strip of land called Holmsland Klit, which separates the North Sea from Ringkøbing Fjord, with its settlements Bjerregard or Haurvig, is a great location for countless activities and excursions. The 35km long dune food is only a few hundred metres wide at its narrowest point and never more than 3km wide. Start the day with an extensive breakfast on the house terrace and watch the barnacle geese fly over you in a triangular formation. Take a long beach walk along the North Sea coast and then get on your bike and cycle along the coastal cycle path through idyllic dune scenery to Lyngvig Fyr. Since 1906, the lighthouse has shone a good 40km every night over the North Sea and fjord. The 148-step ascent provides a magnificent panoramic view, from up here you can see almost nowhere the structure of the narrow strip of land: wide beach in the west to the young white dunes, behind it the older grey-green dunes covered with moss, lichen and rye, followed by a wide strip of heath - mostly used as building land for holiday homes - and in the east marsh meadows and some agriculture to the fjord shore.

On the way back it is worth stopping at Hvide Sande. The small harbour town with the only connecting canal between the fjord and the North Sea is booming. This makes the town an important fishing location, even though the fleet has shrunk to around 40 trawlers and larger cutters. All the more hobby fishermen line up at the canal to fish their own dinner; always watched by the watchful eyes of the seals, which cavort in the water and take the much bigger fish out of the water. Hvide Sande is certainly turning more and more into a modern seaside resort. Tourists stop at the ice cream parlours and buy souvenirs. The popular Sydstrand with its small promenade, which is guarded in summer, fits in well with this. Around the new 750m south pier, which protrudes into the North Sea, an ideal spot for wave surfers is created with suitable winds - Flynder Point calls it the scene. The Westwind Surf Café with board rental can be found directly behind the dunes in summer. Other water sports around Ringkøbing Fjord are also very popular. North of Hvide Sande the Aqua Sports Zone has established itself with a windsurfing school and a water ski and wakeboard cable park - you rush over the water pulled by a lift. The fjord itself with a length of 40km and up to 10km wide is one of the best addresses in Europe for kite-, windsurfing- and stand-up paddlers. Even in the weak months of July and August, winds still blow here at an average speed of 6.5m per second - waves and currents, however, remain outside. Ideal especially for beginners, as they have ground under their feet almost everywhere - the fjord is less than a metre deep on more than half the surface.

There are countless activities for a day trip. Those who are interested in sports can enjoy a game of football and golf; those who are close to nature are recommended a hike around Filsø Lake, a renaturation project where thousands of migratory birds can be observed in spring and autumn. With children, a trip to Billund, where the LEGO brick was invented, is a must. The world of pebbles is not just for the no-one. And shopping enthusiasts will certainly find a bargain or two in the Kongensgade pedestrian zone in Denmark's fifth largest city, Esbjerg.

And when you return to your holiday home in the evening, there's nothing better than relaxing in the hotel's own sauna or whirlpool. 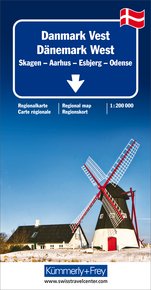 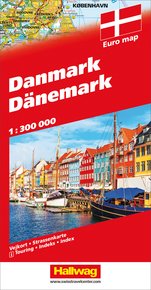 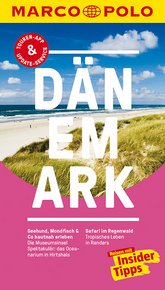 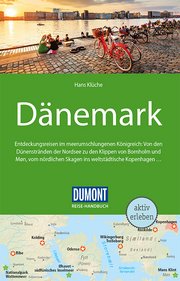 How you get there:
with your own car or by train

Best travel time:
all year round, beach holiday in summer

Accommodation tip:
House in the dunes of www.novasol.ch