By houseboat through South Holland

Deceleration and adventure at the same time on Holland's waterways

On countless waterways around Amsterdam you can discover the true nature of Holland: small and bigger villages along rivers and canals, mills and lifting bridges offer a lot of variety on a boat trip through South Holland. The highlight of the region is certainly Amsterdam, but also the smaller towns in the south and north of the metropolis: Utrecht, Loosdrecht or Alkmaar are always worth a (boat) trip.

Just lay off and say goodbye to the stress: Whoever has experienced this as a houseboat captain is then incurably 'infected'. It's a good thing that the number of areas is following the growing demand. In addition to classic tours on France's canals or the Mecklenburg Lake District, Holland's waterways attract visitors. With the rental houseboat through Holland's water paradise, which means spending carefree days as your own captain. A widely ramified network of rivers, canals, small lakes (Plassen) and polders spans the area bordered to the west by the North Sea and to the east by the Ijsselmeer. This unique water landscape is an El Dorado for bargemen and leisure captains. The good thing about it is that the boats can be manoeuvred without a licence after a short introduction. With every kilometre you chug through the canals, you become safer with the vehicle and already on the second day you can hardly wait to move on. Overnight is spent where it pleases or in a port, which one selected oneself before on the water map.

Every few kilometres the scenery changes and waits with new surprises. Be it discovering rare birds building nests or landing in a village and going for a cup of coffee. The special thing about a houseboat holiday in Holland: the canals and rivers are so numerous here that it is not necessary to return to the starting point by the same route. From the Loosdrecht base, the most beautiful round trips can be made within a week in both a northerly and a southerly direction. Picturesque villages, windmills and lifting bridges come into the view of the observer. The houseboat holidaymaker enjoys impressions reminiscent of works by famous Dutch painters. The cheese towns of Gouda or Edam are waiting for your visit, and in spring the picturesque flower fields, whether near Alkmaar or at Keukenhof, will simply enchant you. A contrast to this idyll is the lively cathedral city of Utrecht, where you can moor at the quay or opposite the cathedral. At the entrance to the lock you can get a city map with the canals and the numerous bridges.

And for those who dare, a trip on the water canals through Amsterdam is recommended. The trip is not difficult, but requires some attention. Anyone who has ever been to the Dutch capital before will get to know it from a completely new perspective. In Amsterdam, the quiet marina is located in the middle of the city. Two further marinas are located a little outside, but are well connected to the city centre by public transport. The rental prices of a boat depend on its size and comfort as well as on the season. For orientation: Who rents a houseboat with five sleeping places for one week in the summer holidays, pays depending upon district between 1200 and 2500 euro. It's cheaper if you book early or decide for the low season. It is also practical to bring or rent bicycles - for excursions ashore and short trips to a supermarket along the route. Those who then anchor in a quiet bay in the evening or enjoy the sunset at the mooring on the shore will also save the mooring fees due in the harbour. Cooking on board and enjoying the food with a glass of wine on the upper deck rounds off a perfect houseboat day. 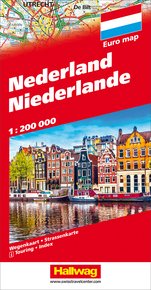 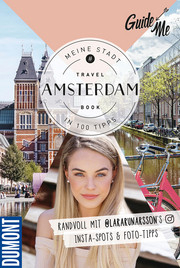 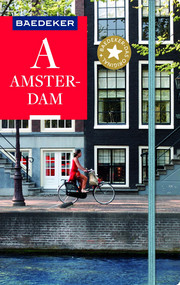 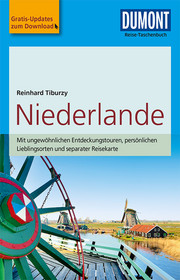 How you get there:
by car or train

How you get around:
e.g. with a boat from www.hausbootferien.ch

Note:
Some locks and lifting bridges are subject to charges. Ports with facilities in larger cities will charge a mooring fee.