Once around the Baltic Sea

Seven countries, interesting cities and always the sea at your feet

By car or even better by motorhome you will experience new impressions every day on this journey. In Lithuania, the Curonian Spit invites you to a wonderful bath in the Baltic Sea, in the Latvian capital Riga you can admire great architecture, in the Estonian capital Tallinn you feel transported back to the Middle Ages. When you go island hopping over the Finnish Åland Islands, you discover something new every kilometre and there is plenty of sand and sun on the Swedish island of Öland.

You can make this trip well with your own car or my tip - rent a camper in Northern Germany. So you don't have to worry about a place to sleep. There are plenty of campsites in all countries. In Kiel the motorhome is taken over and the first purchases are made in the evening on the ferry, which takes you to Klaipeda in Lithuania in about 20 hours and one overnight stay on board. The holiday hardly begins on the ship and at the latest when you leave the boat in Lithuania, you are in holiday mood. Before heading towards Latvia, a detour to the Curonian Spit, an elongated strip of land on the Baltic Sea that stretches over a length of almost 100 km from the Lithuanian Klaipėda in the north to southern Kaliningrad, is tempting. Due to its protected location, the spit is a true natural paradise. The extensive sandy beaches and the picturesquely wooded hinterland offer space for recreation. From Klaipeda it is not far to Ventspils in Latvia. In the uppermost tip of the peninsula North Kurland lies the national park Slītere, where the sea, deciduous forests, moors and wetlands alternate with boreal forests and black alder and create a uniquely beautiful landscape. After the first nature experiences it is time for culture and city life. Latvia's capital Riga - with around 700,000 inhabitants the largest city in the Baltic States - has much to offer. The old Hanseatic city is famous for its Art Nouveau buildings, its spacious grounds and its well-preserved old town.

After Riga we continue northwards by camper and soon we cross the border to Estonia. Here a detour to the island Saaremaa is worthwhile. The fourth largest island of the Baltic Sea has a species-rich fauna, in the coastal waters live many of the native seal species such as the grey seal. In addition, the islands lie in the migration area of numerous bird species, such as the ringed geese and eider ducks, which use them as a stopover on their journey in spring and autumn. Those interested in architecture should visit the Arensburg in Kuressaare. At the end of the 14th century, the square fortress was provided with defiant ramparts. No less interesting is Tallinn, the cultural centre of the country and famous for its cobbled old town surrounded by a city wall with numerous cafés and shops as well as the 15th century defence tower Kiek in de Kök. (more about Tallinn in the city trip). Now it's over the Baltic Sea. In only 2 hours you can take the ferry from Estonia to neighbouring Finland and land in its capital Helsinki, where countless buildings are worth a visit. Be it the splendid Uspenski Cathedral or the Olympic Stadium that was used for the Olympic Games in 1952 as well as the Sibelius Park or the famous Felsenkirche, a unique modern building that was completely built out of stone into a rock. And of course a memorial picture with the cathedral should not be missing. Via Turku you reach the picturesque Åland Islands.

Small ferries connect the archipelago, which consists of over 6700 islands and skerries, with the mainland. Åland, with the most hours of sunshine in Scandinavia, offers long days on the beach and on the red rocks, relaxed cycling and kayaking tours as well as hiking. The main town of Mariehamn has cozy summer cafés or a visit to the fortress of Bomarsund, the impressive shipping museum or the Smart Park activity park, where your children can let off steam. Once on the Swedish mainland, a longer stop in the Swedish metropolis of Stockholm is of course worthwhile - the Swedish capital alone is worth a trip! On the way back you can make a detour to one of the two islands Gotland or Öland. Öland with a length of 137km and a maximum width of 16 km has an area of approximately 1.347 km² and is the second largest island of Sweden after Gotland. Near Borgholm is the summer residence of the Royal Family. Crown Princess Victoria celebrates her birthday here every year in July. Over a six kilometre long bridge you can easily reach the elongated island. There are great beaches here and in the north you can explore nature on numerous hiking trails or a 40 km long cycle path in the Ökopark Böda. Another characteristic feature of Öland is the unusually large number of windmills. 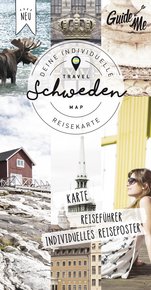 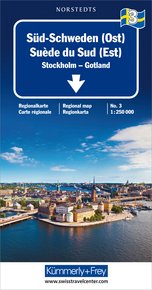 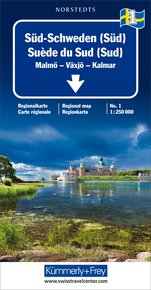 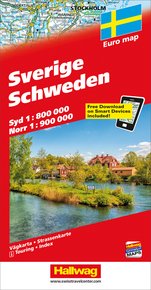 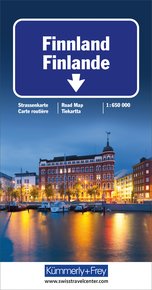 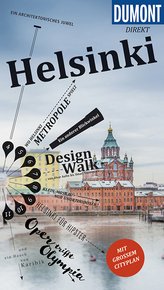 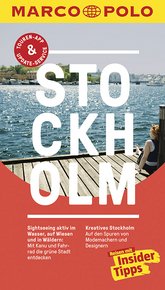 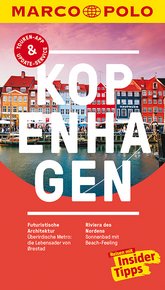 How you get there:
by car or train

How you get around:
with your own car or camper from www.krueger-caravan.de

How long am I supposed to go:
3 weeks

Best travel time:
May to October