Dubai, the former fishing village on the Arabian Gulf, is now one of the most popular metropolises in the world. The emirate, where people from numerous countries have found a home, offers visitors a truly unforgettable experience. Whether on the banks of Dubai Creek or on the observation deck of the world's tallest building, the Burj Khalifa: in Dubai, the feeling of unlimited possibilities can be felt everywhere. With picturesque coastlines, breathtaking desert scenery and vibrant city life, plenty of unforgettable impressions await you here.

When they hear the name Dubai, many people think of luxury, skyscrapers and shopping malls rather than water taxis, traditional markets or beaches. However, if you don't just stop over in the emirate as a stopover tourist, you will find a colourful mix of old and new, of luxury and poverty, of modernity and the past in Dubai, which is also reflected in the population: Approximately 8.4 million people live in the United Arab Emirates. Only 1 million of them are locals, so-called Emiratis, the rest have moved here. Even if Dubai seems super-modern, you should not forget that you are in an Islam-influenced country and accordingly have to observe some rules. Women should cover their shoulders and not show any low-cut cleavage. When entering a mosque, you will be given a cloak or at least a headscarf. It is different on the beach: here it is perfectly possible to wear a bikini.

Entering the country is uncomplicated, you get your visa with your luggage. After you have checked into your hotel room, you can start your first discovery tour! Start your Dubai adventure at an Arabian souk market; the gold and spice souks in Deira, the second oldest district of Dubai east of the Creek, are particularly impressive. The smell of incense, rose water, curry and tea is everywhere. In front of the small shops, colourful spice pyramids pile up next to sticky sweet dates and figs. Next to them, carpets and cushions, gold jewellery, handbags, sunglasses, lamps and all kinds of bric-a-brac are on sale. Even more shopping is easy in Dubai - visit one of the countless malls. For example, the Dubai Mall, which is the largest shopping centre in the world with 1,200 shops and a total area of over 1.1 million square metres. The oversized marine aquarium with sharks, rays and moon fish is particularly worth seeing. The mall also features 24-metre-high water cascades, an ice rink for skating, a cinema complex and a huge food court.

More leisurely, but no less luxurious, is the famous Dubai Marina. Here, a kilometre-long waterfront promenade is hidden along a noble yacht harbour, along which countless restaurants, shops, bars, cinemas and hotels have settled. Especially in the evening hours, this part of town comes to life. During a walk along the marina, you can admire the modern high-rise buildings while the muezzin calls for evening prayers in the mosque.

When visiting Dubai, a visit to the world's tallest building, the Burj Khalifa, is definitely not to be missed. The modern skyscraper is an incredible 828 metres high. On the 124th floor, there is the viewing platform "At the Top" for normal visitors at a height of 452 metres, the journey there by lift takes just one minute! Ear pressure included. If you visit in the evening, which I recommend, you can marvel at the world's largest skyscraper and the impressive water feature. Every day from 6 pm, water fountains shoot up to 150 metres high. Appropriate music and 6000 lights complete the impressive spectacle.
Dubai is also a special highlight at night. I'm not necessarily talking about restaurants, clubs and bars, but the impressive panorama of the gigantic skyscrapers. If you are travelling in a rental car, drive along the 7-lane roads through the incomparable sea of lights. Or stop at one of the numerous viewpoints. This is perfectly possible from the exclusive Hotel Atlantis, which is located on the "palm tree" built out into the sea, and a night's stay doesn't leave much of a hole in your wallet. In addition to beautiful rooms, the luxury hotel entices you with a bombastic aquarium and a huge water park. If you have even more change on the side - how about a night in the most luxurious hotel in the world? Officially, the Burj al Arab hotel has "only" five stars, but the exquisite décor often adds another two stars. Either way, the striking, sail-shaped appearance makes the hotel unique and unmistakable anyway. A suite in the high season can easily cost you 2,000 euros per night, or you can treat yourself to an exclusive brunch at 246 euros per person.

In addition to all the sights mentioned, numerous adventure parks in and around Dubai provide all kinds of action and fun, such as in the Dubai Parks, where no less than four parks vie for guests. In the Motiongate Park, there are rides inspired by film classics such as Shrek, the Smurfs, Kung Fu Panda or Madagascar. If you like the colourful Indian dance world, visit the Bollywood Park next door. As soon as you enter, you are met by dancing and singing performers in smart costumes. Everything here is reminiscent of India, there is pani puri and fresh naan, hot chai and sweet lassis. Children, on the other hand, will love Legoland Dubai and the Legoland Waterpark also has numerous water slides and attractions, including a wave pool and a whirlpool.

For those with even more time on their hands, a desert safari by jeep is recommended. On the way, you can ride camels or slide down the dunes on a sandboard, followed by a delicious barbecue in a Bedouin tent. Or you can visit the garden city of Al-Ain with its colourful camel market or the Emirate of Abu Dhabi with the Louvre Museum, Ferrari World and the imposing Sheikh Zayid Mosque as part of a day trip.

If your travel budget allows, you can also take a bird's eye view of the city of superlatives on a helicopter flight. Here you realise that Dubai is surrounded only by sand and dunes. Where there is sand and sea, there is also beach, a whole 170 km long!

You're sure to find a pretty spot to enjoy the sunset every evening. 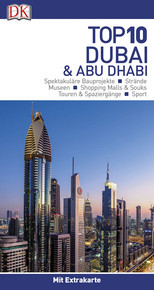 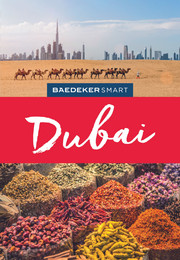 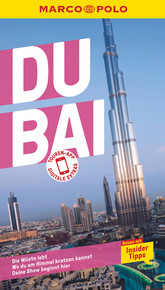 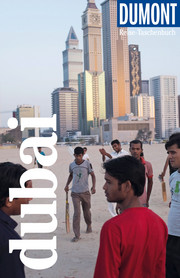 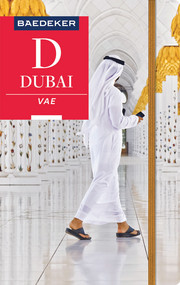 How to get there:
With SWISS non-stop from Zurich

How long should I go?
1 - 2 weeks, can also be combined with Oman