Namibia promises boundless freedom, a touch of adventure, a wondrous desert world, steppes and an overwhelming variety of animals. In addition to the Big Five, the South West African country is home to more than 300 species of mammals and around 500 species of birds, as well as around 100 different reptiles. True natural paradise.

Is Namibia dangerous? No, definitely not. And can I travel Namibia on my own? Sure, in any case. Namibia is predestined as a self-drive destination: The roads - whether asphalted or gravel - are well constructed and well signposted. With only a little more than two million inhabitants and an area 20 times larger than Switzerland, there is plenty of space and travelling in your own car is fun.
For most travellers, the round trip starts in Namibia's capital Windhoek. Here, one can easily rent a four-wheel drive vehicle with or without a roof tent as well as do the first shopping.

And you're ready to go: Over the 1780m high "Spreetshoogtepass" - with a gradient of up to 22% it belongs to the most breathtaking pass roads in southern Africa - you reach Solitaire after a good three hours, where you have to refuel and taste the wonderful apple pie in the McGregors-Bakery. From here it is not far to the orange dunes of the Namib Desert. If possible, spend the night in the national park - be it in the Sossus Dune Lodge or in the Sesriem Camp; this is the only way you have the possibility to leave in the morning one hour before the official opening of the park to the famous dunes, which is definitely worth it. Passing the impressive dune 45, you will reach Sossusvlei, a shallow clay sink surrounded by mighty dunes, before sunrise. Climb onto "Big Mama", the panorama with the rising sun is stunningly beautiful; the short hike to Dead Vlei is also recommendable. Dead camel thorn trees surrounded by high sand dunes and the blue sky make the heart of every photographer beat faster.

After the excursion into the oldest desert of the world, it goes in a day trip to the sea. In Walvis Bay a kayak paddle tour to the local seals is worthwhile. By jeep we first pass huge salt mountains - Salt Works is considered to be the largest producer of table salt in Africa - before we can paddle very close to the seals after a short introduction. They are not disturbed at all and even regard the paddles as play equipment.

Back in Walvis Bay in the evening there is nothing better than enjoying the setting sun with a drink on the beach promenade and watching the countless flamingos searching for food in the shallow water.

In the neighbouring town of Swakopmund it becomes clear that Namibia has only been independent since 1990 and has long been under German colonial administration. Some street signs and buildings still remind us of this time. But the country's second largest city is in the process of reconquering the lightness of African life. German street names have had to give way to new African ones; the historical streets have an almost Mediterranean flair, only the temperatures of the sea can't quite keep up - 18° Celsius is the highest of feelings even in high summer.

If you want to see even more seals, I highly recommend a detour to Cape Cross on the way to Etosha Park: 100'000 dwarf fur seals cavort on the rocks that you get very close to on a wooden path - an extraordinary sight that will be remembered for a long time, also the strong smell.

Past the Spitzkoppe, the Matterhorn of Namibia and through the Erongo Mountains, the biggest highlight of the South West African country awaits you in the north. The Etosha National Park - half the size of Switzerland - is one of Africa's wildest nature reserves. At the heart of the reserve is the Etosha Pan, an encrusted salt plain that can best be admired at Etosha Lookout: a white-lit plain that merges with the blue of the sky on the horizon. Hardly anywhere else in Africa can you find such large herds of animals: According to the latest censuses, around 20,000 of the dainty springboks live in the park alone, 6,000 steppe zebras and 4,000 wildebeests. There are also 2600 elephants, 2000 giraffes, 800 oryx antelopes, around 300 rhinos and just as many lions. With a bit of luck you will meet hyenas, cheetahs and leopards on a safari, which you can do alone without any problems and under consideration of the park rules. If possible, spend the night in the park. My recommendation: the Okaukuejo Camp. This is the only way to watch herds of elephants, giraffes and rhinoceroses go to the waterhole at dusk to drink and cool down. 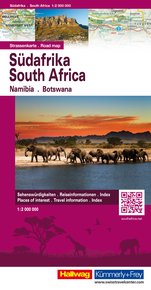 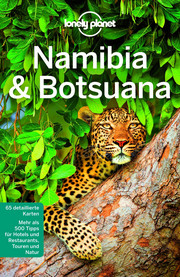 How you get there:
with SWISS via Johannesburg to Windhoek or with Condor non-stop from Frankfurt

How you get around:
4WD camper from www.tuicamper.com