From the high mountains to the tropical rainforest
Some 4,000 animals comprising 380 species, are at home here in natural habitats. Zurich Zooprovides a link between people, animals and nature. With special exhibits and programmes, it contributes to the continuity of biological diversity and provides the transfer of knowledge to both young and old. The zoo became one of the first scientifically run zoos in the mid-20th century under director Heini Hediger, who introduced information boards and husbandry of various species. Today Zurich Zoo is still devoted to nature conservation, international breeding programmes and reintroduction projects.

In addition to individual exploration, the Zoo offers its guests many competently guided tours. The offers are tailored to children, adults and seniors, families, people with disabilities and other groups. During a "night walk", for example, you can experience what the animals do when (almost) all visitors have left the zoo grounds. You can even spend the night in the Mongolian steppe. 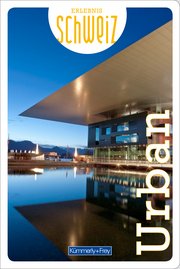 Another tip:
Steamship, motorboat or a rented pedalo - an excursion to Lake Zurich is always a varied experience.