Underground river, a treasure, a cathedral

Where does that water come from? - An extraordinary river

A full-grown river, the Orbe, emerges from the rock behind the Vaud town of Vallorbe - it is not a narrow trickle that only later joins other streams and thus becomes a river. The secret of this phenomenon lies in the Vallée de Joux further up.

On the north side of Col du Marchairuz and Col du Mollendruz lies the closed high valley Vallée de Joux. The Lac de Joux is the largest lake in the Jura arc, small scheduled boats sail in summer. You won't find an above-ground outlet for the water. The lake outflow is underground, the water only reappears in the Grotte de l'Orbe near Vallorbe. The Vallée de Joux is famous for its watchmaking industry - and the Vacherin Mont d'Or, the creamy soft cheese surrounded by a band of spruce bark.

Back to the underground drain: Over thousands of years, the waters of Lac de Brenet, Lac de Joux and the water from the surrounding karst mountains have created a complex system of caves with diverse, impressive stalactite formations.

Down below, at the entrance to the Vallorbe Caves, the water emerges as the source of the Orbe. The crystal clear water and the dark cave openings in the forest have always fascinated people. It is therefore not surprising that there are numerous mystical stories about fairies around the caves - which are popularly called "fairy caves".

Before 1974, only teams of researchers were allowed to enter the caves. Today the "normal" public can explore 3km of the cave system via corridors, stairs and galleries. In the caves there is a constant temperature of 11°C and a very high humidity. The dripstone formations in different dimensions and shapes are staged by a sophisticated lighting system.

The high vaults and the roar of the underground flowing Orbe, which can be seen in some places in the cave passage, underline the enormous natural spectacle. From the dim caves back into the bright daylight one passes through four artificially created caves, in which a fascinating collection of 250 minerals from all over the world can be seen: the "fairy treasure".

If you want to dive into the mysterious fairy tale world, you should have good shoes and something warm to wear. 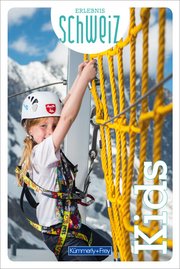 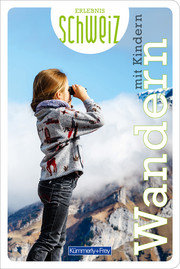 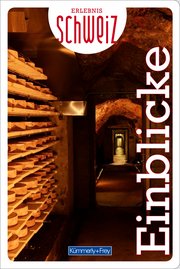 Arrival:
Train from Lausanne or bus from Yverdon-les-Bains to Vallorbe; 45 minutes walk along the Orbe river to the cave.

Another tip:
"Juraparc", the animal park between Le Pont and Vallorbe, where brown bears, wolves and bison live.