Cycle routes along the Inn

from Maloja to the national border

115 kilometres, about half on natural routes

The international Inn Cycle Path runs over 500 kilometres from its source at the Maloja Pass in the Engadine through Switzerland, Austria and Germany to Passau, where the Inn flows into the Danube. The Swiss section is a varied ride through the sometimes wide, then narrow valley of the rushing Inn.

SwitzerlandMobility Cycling Route number 65 begins in the pass village of Maloja and first leads along Lake Sils. Before St. Moritz, it's worth making a detour to one of the popular bathing lakes, the small moor lakes hidden in the forest between Silvaplana and Pontresina: Lej Marsch is the most popular among them, and Lej Nair, which can only be reached on foot, is considered an insider tip for romantic bathers. If you don't feel like swimming, you can admire the Alpine triptych "Becoming", "Being" and "Passing away" by the Engadine artist Giovanni Segantini in the Segantini Museum.

On the plain of Samedan, between Celerina and Punt Muragl, you can see the church of San Gian with its late Gothic tower on the prominent Cristapendel hill. Built of wood, the spire was struck by lightning over 300 years ago and was not rebuilt because there had been a bell tower in the village since 1669. In the church, the painted wooden ceiling from 1478 is impressive.
After the traffic junction of Samedan, we reach La Punt-Chamues-ch with its magnificent patrician houses. Villages lie at the edge of the wide plain, mighty houses tell stories of hard winters. We drive up and down the edge of the national park, which was founded in 1914 as Central Europe's first nature park. The grandiose nature of the Engadine presents itself as calmly as the beating of an eagle's wings.

From Zernez, the valley narrows and the Inn becomes wilder. After a hearty climb, you reach the picture-book village of Guarda and the diverse terraced landscape of the Lower Engadine. In Scuol you can smell the mineral springs from the iron taste of the fountain water, and a visit to the thermal baths relieves tired muscles. Small enchanted villages on the sunny terraces of the dry valley bear witness to early settlement. After Martina, the Inn rages in a gorge before escaping into the Tyrol at the eerie Finstermünz castle bridge. 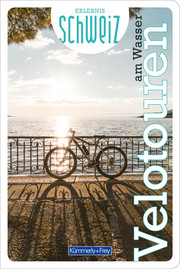 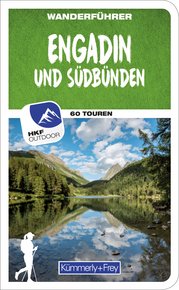 Arrival:
Rhaetian Railway to St. Moritz, bus connection to Maloja. From Vinadi, the bus returns to the RhB network in the direction of Scuol.

Another tip:
Challenging bike ride over the Ofen Pass from Zernez to Val Müstair.