Cycle tours in the canton of Valais

Valais, Rhone valley and side valleys

To the reservoirs of the Valais
How about exploring one of the Valais dam stretches? The "Trophy of the Valais Dams" is spectacular in the truest sense of the word. The arrival in front of an imposing dam is simply breathtaking. In this category there are 9 of these fascinating buildings, which lie at an altitude of 1,483 to 2,364 metres.

Cyclists and bike lovers love the many possibilities in Valais: from leisurely cycling tours through the vineyards of the lower Rhone Valley to strenuous climbs on winding pass roads. The magnificent mountain panorama of the Valais Alps is a welcome companion on every tour.

An example: The Emosson Dam Trophy actually consists of the connection of two passes, the Col de la Forclaz and the Col de la Gueulaz, which lead to an altitude of 1528m and 1965m respectively. The route was honoured on July 20, 2016, when the Tour de France's troop was welcomed here. This more than 30 kilometre long ascent, which starts in Martigny, always impresses with a fascinating, varied panoramic view. One first crosses the wine-growing region before reaching the Col de la Forclaz pass and the larch forest. After a short descent through the municipality of Trento, we turn right and tackle the second ascent. Then we take the opportunity to fortify ourselves in the village of Finhaut before the last - and most strenuous - part of the Emosson dam follows. A tip: This tour is particularly recommended in autumn, when the orange and red trees and plants offer a true spectacle of colour. 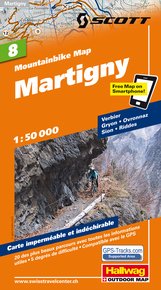 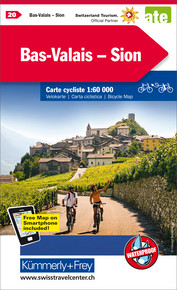 Arrival in the Valais:
The Valais offers a variety of cycle routes according to individual wishes. The starting points are in the Rhone Valley or already up in the side valleys.