Ptuj - the oldest town in Slovenia

On the way to Croatia's Adriatic coast, Slovenia serves as a fast transit route, not least because of its excellent motorway network. On the other hand, the small country offers both beautiful nature and countless cultural treasures such as castles, fortresses and monasteries, so it would be a shame to simply pass by. Slovenia's oldest city, Ptuj (formerly Pettau), near Maribor (Marburg on the Drau) is definitely worth a short detour.

The river Drau flows around the picturesque and compact old town, which is dominated by a beautifully restored castle on the Schlossberg and is one of the largest in the country. The route leads up a romantic stairway. From the top you have a great view over the city and the river landscape of the dammed Drau. The cultivated castle courtyard with the Ziehbrunnen fountain is lined by arcades. Here resides the Landesmuseum with a remarkable collection of musical instruments and antique furniture. The grim Kurent-Fellmasken, which are traditionally used during the carnival season and are exhibited right next to the cash desk, seem a bit bizarre.

Back in the old town, it soon becomes clear that many epochs - from Roman times to Art Nouveau - have left their mark on the town and stone witnesses have left behind. Especially the medieval buildings dominate the cityscape. In the centre, with its paved alleys and narrow houses, stands the Romanesque St George's Church with its baroque onion tower covered in bright red. The facade of the former Dominican monastery with its Gothic cloister is raspberry. The Slovenian square with the Orpheus monument - a Roman tombstone - and the municipal theatre, as well as the town hall built in Art Nouveau are also eye-catching.

Ptuj is situated in the Slovenian spa region and therefore also has a health spa with a water park. A camping site is attached to it. Opposite there are separate parking spaces for mobile homes. 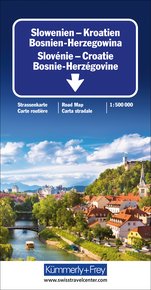 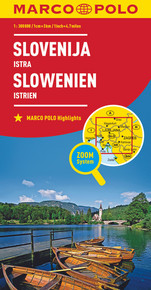 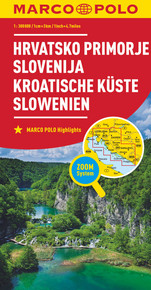 Another tip:
East of Ptuj, in the picturesque Slovenske Gorice wine-growing region, there are two free caravan sites, for example at the Tourist Farm Puklavec near Jeruzalem or at the Ormož swimming pool.